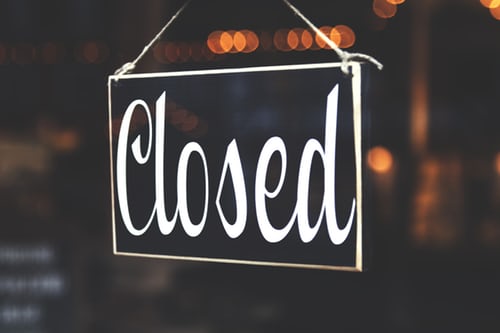 In the evening when the French President of the Republic has just announced important measures to protect the population from the deleterious effects of the SARS-CoV-2 virus, it seemed important to me to put in order all the information concerning this new coronavirus.

Four coronaviruses are responsible for the second cause of respiratory tract infections (colds) after rhinoviruses: HCoV-229E, HCoV-NL63, HCoV-OC43, HCoV-HKU1. These are “seasonal” viruses.

Emerging viruses have increased pathogenicity. Their lethality (number of deaths/number of infected) is high: 10% for SARS-CoV, 35% for MERS-CoV and 2.3% for SARS-CoV-2.

Note 1. Lethality should not be confused with mortality. Mortality is the number of deaths relative to a given population over a given period of time. For example, 0.25% of the French die each year from cancer.

Note 3. Lethality increases with age: for example, for SARS, lethality can be as high as 50% in people over 65 years of age. Strictly speaking, people do not die from the viral infection but from organ failure in the affected body. Patients with co-morbidities or who are very old are more frail and therefore die in increasing numbers. In the case of CoV-2-SARS the lethality is multiplied by 3 in the case of co-morbidities.

We have already recalled the conditions for the appearance of these diseases in a previous blog.

While the SRAS outbreak infected 8,500 people and killed 774 over a one-year period, it has now completely disappeared.

The MERS, which appeared in 2012, is still rampant in the Middle East, where it has caused the deaths of 800 people to date.

Very few children show clinical signs: between 30 and 10 years old only 1.3% are ill and for those under 10 years old none. This can be explained by the fact that, on the one hand, children’s immune systems are in full development and respond better to different antigens and, on the other hand, their not quite mature lung systems do not have the right receptors for the virus to enter the cells.

On the other hand, it has been shown that children are very often carriers of the virus. This is why the decision to close nurseries, schools, colleges and universities was taken in order to avoid an excessive amplification of the virus. Children are therefore in a position to contaminate the frail elderly, which is why grandparents are formally advised not to look after their grandchildren while schools are closed.

Most transmission of the virus occurs through physical contact with surfaces. Scientific evidence does not entirely agree on the survival time of the virus on an inert surface. It is around 3 hours on a dry surface and can lengthen if the virus is in a wet environment such as inside secretions for example. After contamination from the carrier, hands are brought to the face and the virus enters through the nose, mouth or eyes. It’s good to know that you put your hands on your face about once a minute.

Respiratory droplet transmission requires the use of a “surgical” type mask to avoid contaminating people in the surrounding area. On the other hand, an “ffp2” mask will be worn by an uncontaminated person who wants to protect him/herself. Better adapted to the shape of the face, it also has smaller pores.

To stop the transmission, follow the “barrier” advice such as keeping a distance of 1 metre (maximum distance travelled by saliva droplets), not shaking hands or kissing, and washing your hands properly with soap and water for at least 20 seconds (just sing a chorus from the nursery rhyme “a green mouse” to do the count!). If there is no water, use hydro-alcoholic gel.

R0 is the basic reproduction rate or the number of secondary cases generated on average by a patient throughout his or her contagious phase, in a susceptible population and in the absence of control measures. To simplify, it is the number of people that the patient can infect around him/her during the duration of his/her illness. However, the concept of the reproduction rate must be supplemented by that of the generation time, which is the time between the appearance of the clinical signs of an infected person and the appearance of the clinical signs of the person or persons he or she has infected. This reproduction rate depends on a large number of factors such as the immune status of the population, the climate, etc.

In these diagrams we can see that the higher the R0 and the shorter the generation interval, the faster the epidemic spreads.

It will be seen that COVID-19 has the same aspects of contagiousness as influenza. However, if the lethality figure is considered correct, it would be more lethal than influenza, which remains to be demonstrated.

In the case of COVID-19 there has been no “supercontaminator” to date as in the case of SARS or a patient with an R0 of 60!

During the quarantine phase in Chinese cities, the R0 dropped to 0.3, with each patient infecting less than one person there was a decrease in the disease. But what will happen when the isolation is over?

The symptoms are similar but it seems that they appear more abruptly in the case of the flu (everyone remembers the exact moment they were hit by the flu!).

The contamination is identical. It is possible several days before the onset of symptoms in both cases, but in the case of COVID-19 it continues for another 8 days after the disappearance of symptoms, which led to the belief that it was possible to reinfect oneself, which is unlikely.

Several strains circulate in the case of influenza, contrary to the coronavirus, which remains very stable for the current time.

For influenza a number of antivirals reduce the clinical signs and there is a vaccine unlike coronavirus.

Influenza mortality is much higher: it is measured by the winter excess mortality inferred from known cases of death and is approximately 10,000 deaths per year. If we consider that the flu spreads over a period of 10 weeks, this represents 1000 deaths per week!

Some annual statistics to compare

The COVID-19 epidemic has now become a pandemic. The virus has no passport and has spread to all 5 continents. The measures taken today by the government are aimed at protecting the population and avoiding excess mortality in the elderly and/or morbidly ill. They are also intended to spread serious cases requiring resuscitation as far as possible over time so as not to saturate hospital services, bearing in mind that the average length of hospital stay for a cured patient in hospital is 21 days.

On the following graph it is shown that with current confinement methods, at the peak of the epidemic, there will be fewer sick people to prevent the saturation of hospital services. On the other hand, the epidemic will be spread over a longer period of time.

From an economic point of view it is surprising to see that an element so small that it is not even capable of reproducing itself is capable of causing a stock market crash on every continent, but that is another story!