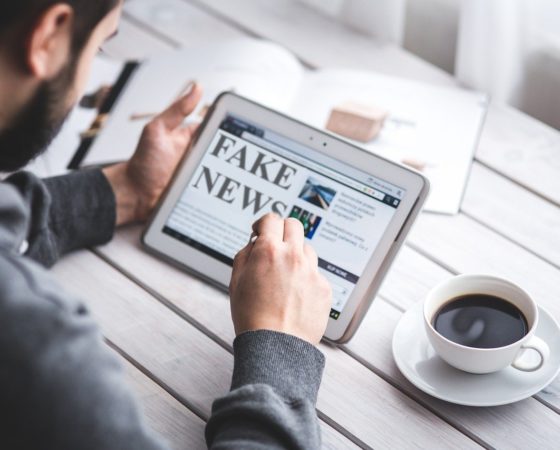 We have often spoken in this blog about biological agents and their possible applications as biological weapons. This is the case of Lyme disease, anthrax, smallpox, plague, prions, influenza or even Ebola.

While the Covid-19 epidemic is on the point of becoming a pandemic, and authorities in all countries are mobilized to stop the progression of the virus, infoxes have already circulated, implicating China in the preparation of a possible biological weapon. This is an opportunity for us to examine the genesis of this false news, which may have added to the existing concern about a phenomenon that is difficult to control.

The numbers ( ) correspond to my comments in the next chapter.

The Covid-19 strain of coronavirus could have originated from the Canadian laboratory in Winnipeg, from where it was smuggled out. It would be a SARS virus genetically engineered to spread by air and would have escaped from the P4 lab in Wuhan to invade the population before it got out of control!

It is good manners to moderate one’ s words by saying that this act may not have been voluntary but that this is not surprising since leaks of contaminating material would have already been observed from this P4 laboratory (1).

It all starts with a misinterpretation of an article in the “Lancet” that analysed the first patients with the disease, and showed that the very first patient to show symptoms was identified on 1 December 2019 and that only 27 of the 41 patients studied had had contact with the Wuhan fish market. While the authors of Lancet’s article make no conclusions on this subject because an epidemiological study is long and difficult, it is easy for the conspirators to conclude that a virus from a laboratory entered the market and that it was this market that then served as an amplifier allowing the micro-organism to invade the population (2).

To make these allegations credible, they claim that the Chinese regime has not only the intention but also the capability to develop biological weapons “as a key element in achieving world domination by military means”.

To show that China is technologically ready they cite the example of Dr. He Jiankui who recently gave birth to genetically modified children in total secrecy before being sentenced to 3 years in prison (3).

Of course, experiments on the world’s most dangerous viruses can only be done in a hypersecure lab, so a P4, and conveniently, there’s one at …Wuhan…!

According to them, this hypothesis is “very credible” because

A publication that found similar sequences between the AIDS virus (HIV) and the coronavirus was reportedly published in a scientific journal and then retracted (5). It should be remembered that HIV attacks the patient’s immune system to better invade the body. The presence of similar sequences in the coronavirus would show that it has been manipulated to give it the same pathogenicity (…). As the weakening of the immune system has not yet been shown in the case of Covid-19, the authors argue that the biological weapon thus constituted may not yet be fully developed! (6).

Then a curious picture: to make vaccines or antivirals you need primates. Let’s imagine that an infected primate scratches you and you risk coming out of P4 with the virus, even after you’ve showered (7)! So you spread the virus around you.

We also read statements such as “Most deaths are attributed to other causes, such as pneumonia (8)”. Wuhan’s crematory ovens are working day and night to eliminate evidence of the true extent of the epidemic!! (9)

In all the texts they remain very cautious with statements such as: “I am not saying that this is the truth, but this is the most serious hypothesis to date…. I let you make your own opinion…We don’t know but we can imagine it….

Let’s go over the assumptions calmly

-1  This high-security laboratory, built with the help of France, collaborates with the WHO and that is why it is easy to involve the world organisation in this story and why not make it an accomplice!

Viruses would have escaped from the P4 lab. That’s hard to believe. This laboratory was sold to China by France and that is why the Directorate General of Health (DGS) tells us that “there is no evidence to substantiate the claims linking the current health crisis to the existence of a P4 laboratory in Wuhan. »

-2 It is quite correct that the first cases do not come from the fish market. So we don’t know the exact origin of the disease, but scientists are working hard on that. It is therefore impossible for the moment to say how the first patient was infected: to say that he came from the P4 laboratory on the sole fact that this laboratory is located in Wuhan is a bit short. Remember that the SARS virus appeared in the Chinese province of Guangdong where there is no P4!

-3  It is true that the Chinese doctor Dr. He Jiankui has made it possible to give birth to children from germ cells genetically manipulated with the CrisPr-Cas9 system to make them resistant to the AIDS virus. He has been severely condemned by the Chinese authorities “for work of an extremely abominable nature that constitutes a violation of Chinese law! “But this has absolutely nothing to do with the subject at hand.

-4 The statement if it is correct is not relevant to the subject since the viruses would have come from non-P4 laboratories, perhaps P3 laboratories authorized to handle coronaviruses classified 3 in the risk groups of biological agents.

-5 An article published in a scientific journal can indeed be “retracted” when the scientific community finds that it is not rigorous enough, usually due to a lack of data, poor analysis or even doctored data. Having done this very often, I can assure you that the reviewer’s job is not easy and you may, despite multiple checks, let wrong conclusions slip through. This is why journals are now asking authors for the raw, unanalyzed data from their papers. On the other hand, I have never been aware of articles that were retracted because they did not please!

-6  An article published in a scientific journal can indeed be “retracted” when the scientific community finds that it is not rigorous enough, usually due to a lack of data, poor analysis or even doctored data. Having done this very often, I can assure you that the reviewer’s job is not easy and you may, despite multiple checks, let wrong conclusions slip through. This is why journals are now asking authors for the raw, unanalyzed data from their papers. On the other hand, I have never been aware of articles that were retracted because they did not please!

-7 Anyone who knows anything about how a P4 works knows that the protective equipment of those who work there does not allow a monkey to scratch. You only have to look at the different pictures of P4 on the internet to be convinced of this.

-8 It is true that the coronavirus gives a severe pneumopathy that can be fatal. However, a majority of the dead were over 60 years old and/or had a pre-existing co-morbid condition “diabetes, respiratory failure, hypertension, cancer…” increasing their fragility in the face of the disease.

The reaction of the international scientific community

Twenty-seven international non-Chinese scientists published a paper on the Lancet’s online site to condemn the speculation that the virus was not naturally occurring and was bioengineered in the P4 laboratory.

“We are united in strongly condemning conspiracy theories suggesting that COVID-19 is not naturally occurring,” says The Lancet, which praises the work of Chinese health professionals as “remarkable” and encourages others to do the same. It should be noted that they very quickly provided the results of the RNA sequencing to the entire global scientific community, which was able to work very quickly.

Is there a relationship between their activity and the fake news they spread?

The epoch times, a magazine whose journalists in China relay first-hand information from inside to outside China about human rights violations, civil liberties violations, CCP corruption, among other things. It is apparently linked to the Falun Gong movement;

What could really scare us?

The non-transparency of the Chinese power; The infinite antennae taken by the continuous news channels; A poor analysis of the often very complex scientific data…

the paper of “Lancet”

In order to uncover a fake news concerning Covid-19, it is first necessary to carry out a scientific analysis allowing to unmask the gross errors. The identity and the activities of the author allows to confirm the reality of the infox.

In a future blog, we will tell you about simple means of protection to prevent the spread of the epidemic such as standing more than 1 meter away from each other, washing your hands very frequently, wearing masks and protective clothing will also be discussed.