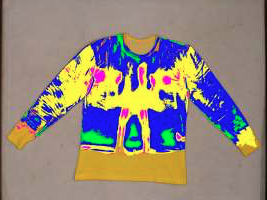 In all areas, standards make it possible to measure the conformity of a product to a given use. This is the case, of course, of the ISO 27065 standard which determines the performance requirements for protective clothing to be worn by operators applying pesticides (phytosanitary) and for re-entry workers (those who enter a treated plot after a determined time). It is aimed for operators who apply aqueous plant protection products or those who prepare mixtures, load, apply and clean contaminated equipment and containers. Some of these products can be highly concentrated.

Nevertheless, from a purely physical point of view, a liquid is always accompanied by the corresponding vapor. Moreover, in the case of the handling of phytosanitary products, aerosols are created.

We, therefore, sought to determine the role played by these vapors and aerosols on ISO 27065-certified uniforms protecting agricultural workers.

In a previous study, we compared the effectiveness of filtering and waterproofing suits using a dynamic method. Approximately 30 methyl salicylate (MS) sensitive sensors were placed on the test subjects’ bodies wearing either type 3 waterproof clothing or filtering clothing and operating in an atmosphere containing MS. These sensors measured the penetrating doses of the product. The results were apparently surprising: the MS product penetrated more (x18) under the completely impermeable suit than under the filtering suit! The explanation is simple: during body movements, the tight suit causes a pumping effect which forces the external gas to penetrate under the suit at the interfaces, whereas for the filtering suit, body movements may be accompanied by a gas passage but it is distributed over the whole body surface and the toxic elements are simultaneously reabsorbed by the carbonaceous inner lining.

In this study, the sensors were replaced by a full-body undergarment containing a colored indicator that turns from yellow to red in the presence of chlorine.

Subjects wore either a PPE coverall or the PolyAgri® coverall from Ouvry.

They operated in a chlorine-containing atmosphere at a concentration of (3.0±0.2) ppm, at a temperature of (20±2)°C, a relative humidity of (44±5)% and a time of (30±1)min. The suits were supplemented with gloves, boots and protective masks with filter cartridge. They performed standard movements representative of agricultural activities.

At the end of the exercise, as a first step, a simple visual analysis of the suit reveals color changes from yellow to red at the exact locations of the penetration of the test gas, chlorine. Then the underwear was analyzed by a colorimetric device called LUCY.

For better visualization of color changes and quantitative analysis, color patches are transformed into pseudo-colors representing different concentrations, with color intensity determined from a calibration curve.

The apparatus calculates an “Adjustment Factor (F)” which is the ratio of the theoretical amount of gas that is applied to the outside of the suit to the amount of gas that has penetrated. The higher the F, the better the protection.

A “Protection Factor (Kp)” is deducted from this, which is the percentage of the amount of chlorine that has penetrated in relation to the total amount of chlorine applied to the garment. The smaller the Kp, the better the protection.

To the naked eye, it is already easy to see that the yellow underwear has a large number of red spots in the case of the classic combination. Chlorine has therefore passed in large quantities under the protective clothing, which is confirmed by colorimetric analysis where many spots appear. In the case of the PolyAgri® , no change in the yellow color appears to the naked eye, only a few traces are visible in colorimetry. This is confirmed by comparing the impacted areas of 80% in the first case and 0.4% in the second case.

The F-factor analysis shows us that in the case of conventional PPE, 1 part in 3.84 of the gas in contact with the suit penetrated inside, whereas for PolyAgri® only 1 part in 2246 penetrated. The protection factor Kp representing the quantity of chlorine that has penetrated in relation to the total quantity of chlorine in contact with the garment is equal to 26.6% in the first case and 0.05% in the case of PolyAgri® . This means that in the first case, 26.6% of the applied product passed through the inside, whereas in the case of PolyAgri® , only 0.05% of the product passed through the protective barrier.

Although both suits are ISO 27065 certified, the filtering PolyAgri® provides much better protection against vapors and spray aerosols. This is due to the filtering aspect of the textile which allows a better distribution of the products absorbed during movements, a good management of the interfaces and a reabsorption of toxic gases by the carbon lining.

The PolyAgri® combination also has many other useful features in the field of agriculture.